Riverside Y.C. Welcomes All Yachtsmen. We have floating docks with water, and electricity.

We Now Have An ATM

Quaker City will be stoppng in for a visit the afternoon of Feb 8th.  Stop in and  say hello!

Got the winter blues? Need a night out that doesn't cost a fortune?  Join us on Feb  8th and party with The Mike Raymond band.  Dinner is in... 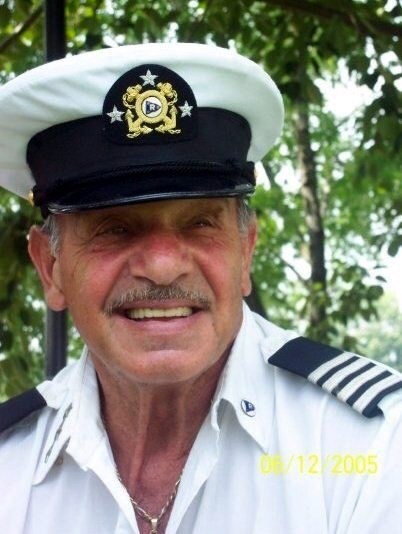 Donald James DiFilippo of Merritt Island, Florida, passed away peacefully on Friday, December 27, 2019 at his daughter’s home surrounded in love by his family. He was the son of the late Domenic and Mary DiFilippo. Donald is survived by his children, Donna Dunton (George), Eric DiFilippo (Erin) and Daniel DiFilippo (Ellen), his brother Richard DiFilippo (Nancy), his dear friend Sally Hardy, 8 grandchildren, 9 great-grandchildren and numerous nieces and nephews. He was predeceased by his daughter, Linda Kowal Lynch. Donald served proudly in the US Army during the Korean Conflict as a heavy equipment operator which eventually led him to his 50+ years as a member of the Operating Engineers Local 542. The only thing bigger than his hands was his heart. Family and friends may call on Friday January 17, 2020 from 10:00am-11:00am at Folcroft Union Church, 500 Primos Avenue, Folcroft, PA. A Celebration of Life will follow at 11:00am. Internment is private. A Memorial Mass for those in Florida who wish to honor his memory will be celebrated at Divine Mercy’s Chapel, 1930 N. Courtenay Blvd, Merritt Island on Tuesday, January 21, 2020 at 10:00am.

Santa was here!! The Kids all enjoyed seeing Santa and receiving their gifts.  Shout out to Cindy  and the club members that  work to make this a successful event.

More photos are in the photo gallery!